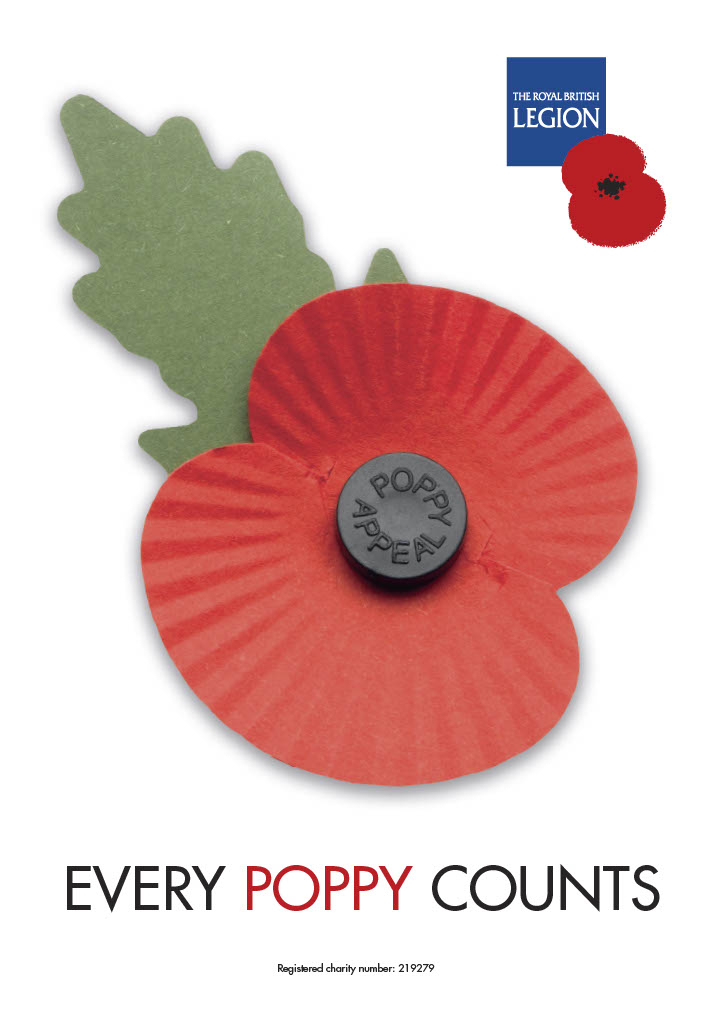 The 2020 Royal British Legion Poppy Appeal, like many other events this year, is like no other that has gone before it.

I can no longer differentiate between news I have read online and that which I’ve picked up from radio or TV. I have either read or heard that the Poppy Appeal collectors are being protected from potential COVID-19 infection this year and will therefore be absent from our high streets for the first time. That is why I called the Royal British Legion this week to ask whether we could host a poppy collection box in our shop this year.

I was very surprised to hear – although of course I understand the stance – that they are unable to send out boxes due to the social distancing requirements within the dispatch setting. They instead have available, on their very impressive website, dedicated pages for online donations and for their ‘Poppies in the Post‘.

My Dad was a WWII veteran and, aside from noting that this collector absence is a sad state of affairs, he would be pleased to note that the appeal is still happening and has largely moved online. It is thus worth noting at this point though, that there is a huge number of people for whom online fund raising is not only not an option but also a completely alien concept.

With this in mind, I have begun my own campaign. Firstly, I have made my donation to the webpage instead of to the on street collector. Secondly, I have created a QR code to add to the Royal British Legion poster that links directly to their donation webpage. I will be displaying the poster in my shop window, as soon as I have coaxed the printer into using all of its print head capacity… otherwise the QR code will be useless! Thirdly, I have requested some postal poppies in case anyone wants to have one to wear, should they wish to do so following their donation from outside our shop window. They will only have to knock.

How does that help those unable to access the internet? The idea of Poppies in the Post is for those who can, to request postal poppies online and make the collections for donation themselves. If anyone wants to donate cash to us in store, we will be delighted to pass the money on.

Please do donate to the appeal if you can, and make sure that those you know who don’t dabble in the magical world of the internet, aren’t left out should they also wish to be involved. Thank you.

Donate to the 2020 Poppy Appeal
Request ‘Poppies in the Post’